Hello gentleman my name is Stacy

I have a very curvy and feminine figure. I enjoys swimming, theatre and travel.

Sassy red haired young lady looking for you guys out there that need some attention. Willing, wet and awaiting. Can do in calls or out. Plz real men only and not time wasters

Sex for money in Manzanillo

Ok.........so here it goes........simple and valid idea. Let's get out from behind the security of a computer monitor and have an honest to goodness, old fashioned and basic...DATE. Maybe exchange a few emails, then a pic to see if there is a remote chance of attraction and then make a and plans to actually meet out for a drink...like the old days, even ten years ago it was still possible! Now it's Google your ass, send twenty pics and a Fakebook link and then never get beyond pen pals.
So there must be one attractive woman out there for me to enjoy this wonderful evening with, and nice weather is in store for the next few days also, so let's make a plan. It's my post so you are welcome to describe yourself or send me a pic...I'm real, in Mass. and not collecting pics for OkStupid or Scratch.com or any of those other sites containing twenty men for every woman.
I'm sure I'll get spammed ten minutes after posting this , but hopefully your email will slip through! What do you have to lose on such a gorgeous Wednesday night in May! Tell me a tad about yourself and where you live and I shall return the courtesy. I'm a normal, hard working and decent looking bachelor with no children looking to have a few laughs over a drink and see what transpires....no expectations, just hopes!
O O
^^
(~~~)
WEIGHT: 50 😘
Bust: E 😏
1 HOUR:250$
Without condom: +40$

In Bath 10-12 August Do not missed out! Your part-time girlfriend, incredible, confidante and gifted loverБЂ¦ No headache and drama attached. Sexy, savvy, smart, stimulating, spiri

My name is Alina

I am white Colombian woman My name is Latala, I am outgoing, fun and likes to have a good time when it comes to give my services, please don't hesitate to call me or text me so we can set up an appoinment

A Guantanamo Tour: 'Much Ado About Nothing'? | News | Al Jazeera

In vivid detail, Jason Leopold describes daily life for both the detainees and guards at the facility. He stood without a word, surveying the scene outside, where Army guards were unloading containers from a van and stacking them onto a dolly.

Inside were Styrofoam clamshells that held the morning's breakfast meals - cereal, fruit and nutrition bars that soon would be rejected and tossed into the garbage. A few hundred feet away, beyond the razor-wired fence, buses dropped off dozens of nameless Army guards reporting for a new day of duty at Gitmo. Electric wands wielded by other soldiers scanned the guards' bodies for contraband, which could be anything from a weapon to an unauthorized food product to an iPod. The smokers among them dropped their butane lighters into a cement planter before crossing into the forbidden zone.

The bearded man looked toward the American flag hanging like a portrait on the guard tower, and then he looked at me, standing there with pad and pen at the ready, hoping to discern some essential truth about this mysterious place. Raising his left arm, the man in the window gave me a "thumbs down" sign, repeating the gesture over and over again.

Then he disappeared into his cell. The military escorts could not - or would not - identify the bearded man. To them, he was just one of "unprivileged belligerents," a euphemism President Barack Obama adopted during his first term to replace "enemy combatant" used by George W. Bush to describe the men held at the Guantanamo Bay detention facility. 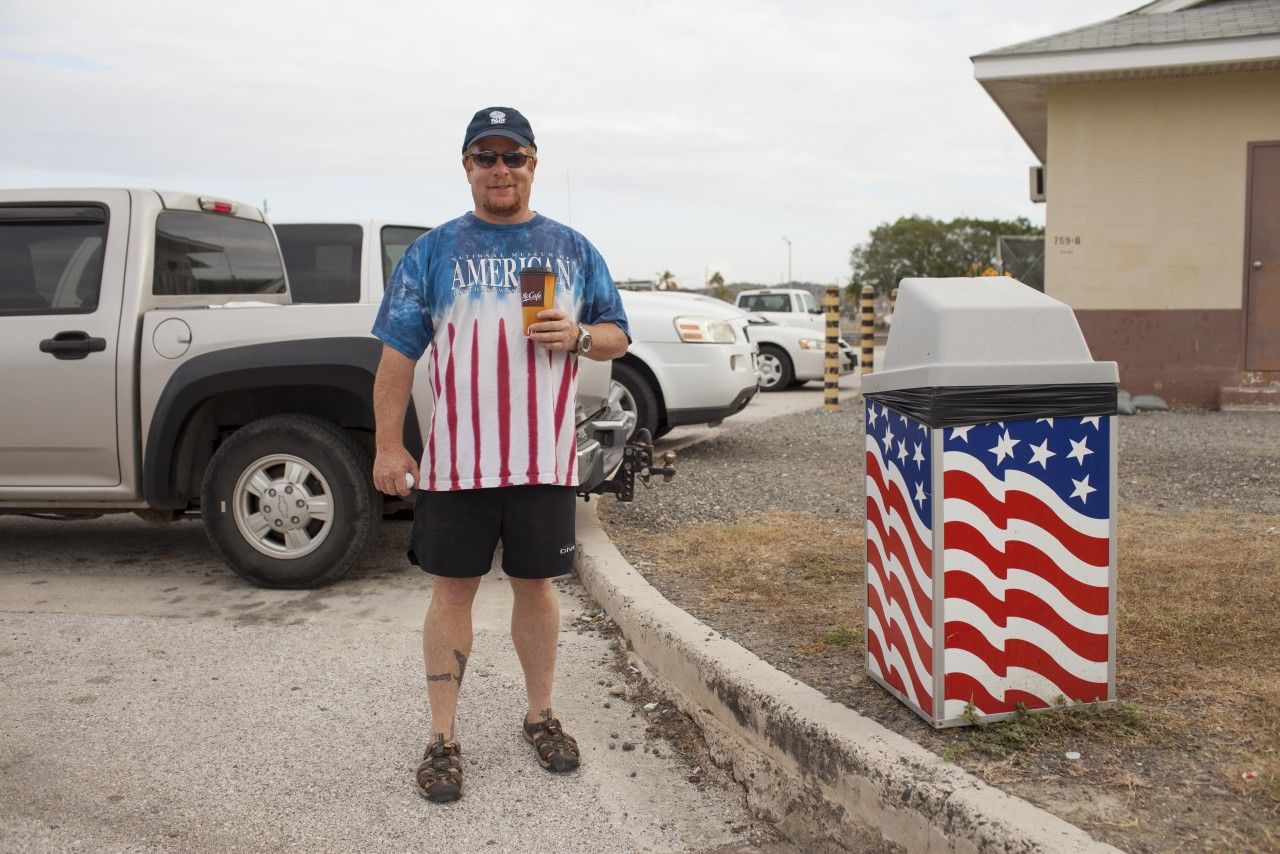 But it was difficult to see anything other than a human being in the window that morning in mid-May - a man expressing his thoughts, presumably, about being locked in a cage for what likely was more than a decade in captivity. Morning prayers had just ended in Camp 5, a ritual that few outsiders have witnessed. Earlier, at 4 a. Our little entourage included a reporter and photographer from CNN and a photographer from Time magazine. We entered the detention camp and were led to Bravo block, where the prisoners were still sleeping, unaware of our presence.